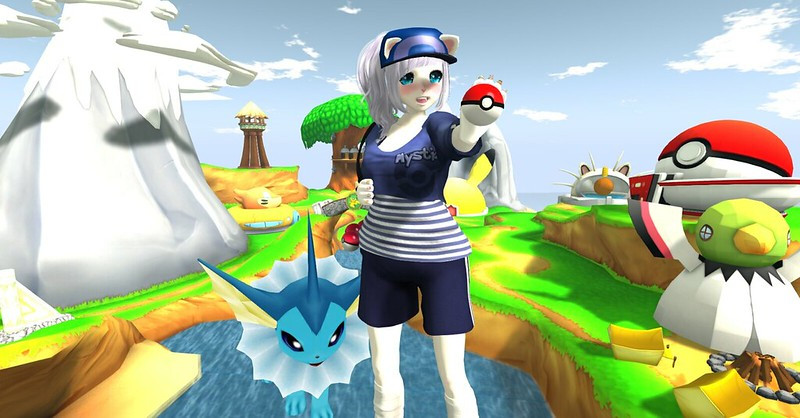 According to what we see in the Scarlet and Violet trailer, a new Pokémon species will soon join the Pokédex. Now the expected arrival of the new Pokémon is confirmed via the Pokémon Go app. Data miners have discovered the new species in the latest update, so it’s just a question of time before the new Pokémon is officially introduced.

The explorers found it in the update that arrived on Friday, November 4 – just two weeks ahead of the release of Scarlet & Violet. The new Pokémon (the name of which is still undisclosed) looks like a small anthropomorphic bug with antennae and big yellow eyes. Another distinct trace is a golden coin on the Pokémon’s back. The 3D files found in the app allow for viewing the new creature from any angle.

We have seen this Pokémon in the Pokémon Scarlet & Violet trailer, and there wasn’t much information about it. Neither is any in the game files that have been thoroughly inspected by data miners. So far, it is dubbed as the “Coin Pokémon”, and this may stick even after the official name is revealed, though it may be not so different from it, adding just a little traditional pun. The coin is obviously the most prominent detail of the image, and it may be used somewhere else, though it’s not clear yet.

With the addition of this Pokémon, your Pokédex will grow even bigger. The official number of the new type (which is already known, unlike the name) is Pokémon # 1.080. Maybe along with this Pokémon one or two more will be introduced, though there is no sign of it yet.

Probably the official introduction will take place at one of the nearest events in which Pokémon Go is rich as always. Pokémon Go remains one of the most popular games of the franchise, due to its unique AR-powered gameplay and strong community which is officially supported back with frequent events. Constant updates like this also contribute.

Are you a Pokémon Go player? What do you think about this new addition to Pokédex? Share your thoughts and impressions with us in the comments!